A miscarriage in dogs is an undesirable incident.  This can have unfortunate consequences for both the owner and the dog.  During feeding, infertility can occur in both male and female dogs.  One of the reasons is that the Brucella Canis bacteria cause miscarriage, stillbirth, and infertility in dogs.  Infertility is a very difficult disease to treat.  Besides, sterile dogs do not show any obvious signs or symptoms.

Therefore, we need to find out why dogs suffer from miscarriage and infertility?  However, we can avoid this situation with sufficient preparation and knowledge.  The following article will summarize the cause and treatment of a dog miscarriage.  Let’s find out with WewPet.

Symptoms and signs that the dog is infertile

Note: In many cases, dogs become infertile in both males and females without showing any symptoms.  Dogs with frequent miscarriages and loss of fertility are signs of an infection.

The disease is mainly spread through mating when the male dog licks the female’s vulvar secretions.  Keeping dogs should pay attention to check dogs when dogs have mass miscarriages when mating with males.  Because sires can carry the bacteria for life without any symptoms.

The most common method of determination today is a serological reaction test.  Bacteria culture obtained from vaginal and tissue secretions during a miscarriage is also valuable for diagnosis.

Infertility is difficult to treat completely because it can still carry bacteria.  Using antibiotics Doxycycline, Streptomycin, Rifampin intramuscularly or oral within 3 weeks can cure up to 80%.  But after that, both female and male dogs should be sterilized.  All therapeutic and post-treatment medications should be consulted by a veterinarian.

Symptoms and signs of a miscarriage

If your dog has a miscarriage, it could have unusual vaginal bleeding.  This can be seen very clearly.  The blood may or may not flow with the fetus.  The most common cause of spontaneous miscarriage is a hormonal imbalance that causes fetal death.

If a contraceptive injection or an abortion is required, the dog will bleed after surgery.  Dogs should be closely watched for immediate abnormalities.

In the event that your dog experiences unusual complications, you should immediately consult your veterinarian for prompt emergency care.

Cause the dog miscarriage

The most common cause of this is the dog has a B. Canis infection.  This type of bacteria is very easy to find in captive dogs.  Because they can be transmitted easily while in the same cage.

This disease causes both stillbirth and non-conception in dogs.  The most characteristic manifestation is persistent vaginal discharge.  Complications such as arthritis (arthritis) and eye inflammation (uveitis) can sometimes accompany complications.

Dog miscarried due to fungal infection.  Usually causes heavy bleeding in the uterus and possibly stillbirth.  A hormonal imbalance in the mother dog can cause miscarriage.  Because of infection with Neospora Caninum – a parasite commonly found in dogs.  Infected when dogs drink contaminated water, ingest parasitic feces, or contaminated animal flesh.

Handling when a dog has a miscarriage

First, the veterinarian needs to determine the cause of the miscarriage.  Today’s standard blood test methods can detect B. Canis or other parasites.

When a miscarriage occurs, the uterus contracts to push the pregnancy out.  But in the womb, part of the fetus will remain, like the placenta.  There are even some stillbirths, leading to infection or internal bleeding.

Your veterinarian can use the ultrasound method to effectively detect pregnancy.  And timely surgery to avoid bad situations from happening.  In cases where it is imperative to have a dog abortion, you should seek the advice of a specialist.  To make sure your risks and side effects are under control.

Prevent the dog from miscarriage and infertility caused by infection

Breeding dogs should have a serum test before deciding to use the breed.  After that, check once or twice every year. The test result must be negative for Brucella Canis bacteria.

Sterilize cured dogs and dogs that are not sick but not for breeding.  Although rare, Brucella Canis is still capable of infecting humans.  So it is very important to clean your hands, wear rubber gloves when you are in contact with a mating dog, or have a miscarriage.

When deciding to import a precious breed from abroad, ask the dog vendor for a negative blood test for Brucella Canis.  In many cases, dogs imported from abroad to be infected, the owner said that they were injected with sterilization drugs.  But the real cause is that dogs get infected while in transit.

After reading this article. Let us know what you think

No votes so far! Be the first to rate this post.

We are sorry that this post was not useful for you! 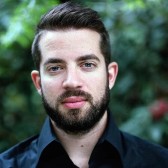 More from this Author

Otis Henry is an innocent, optimistic guy and loves pets. He is the owner of this website and 30 abandoned pets. Do you know? He is also passionate about music, watching movies and blogging. You can provide your comments by leaving a comment below.